Are There Bullies in your Kingdom? 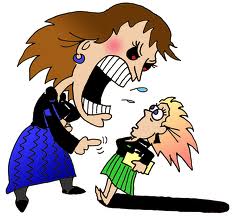 Once Upon a Time in Kingdoms all over the world there were bullies in school…But what happens when they grow up without learning a lesson? THEY GET A JOB! The step-sisters are on a line at a factory making fun of the latest target on the line. Gaston is more Beast than Beauty and is now a sales guy who demoralizes the people in the office. And Lotso from Toy Story, unfortunately, he grew up to be someone’s boss. There’s lots of talk right now in school and on the news about bullying. A new documentary just opened nationwide.

Have you ever been in a workplace bullying situation? Or were you the bully? A CareerBuilder survey last year showed 29 percent of American workers ages 24 or younger said they were bullied at work. Another survey, which was commissioned by the Workplace Bullying Institute in 2010, put the number even higher among adults, with 35 percent saying they have been bullied on the job.

So what do you do? There are laws protecting against Sexual Harassment but nothing specific to bullying. Being head of Human Resources in the Kingdom can be a tough job. People are always coming in complaining about one thing or another. It’s my job to figure out the difference between a personality clash, harassment or bullying. When people work together in a close environment for a long period of time they get on each other’s nerves. How do you keep from killing each other? That would definitely get you written up by the HR department.

Back in the castle were three employees. They worked for the King for years. As two of the three became close, the third employee was left in the dust. Let’s call her Cinderella. When Cinderella would go to lunch one of the ladies had to answer the phones at Cindi’s desk. After 10 years of working 3 feet apart, all of a sudden Drizella was “allergic” to Cindi’s perfume and couldn’t touch her stuff. She requested we order her a mask because of the smell. Cindi changed her perfume and then Drizella said it was the shampoo, every time she was near Cindi, she sneezed. Then Anastasia her partner in crime chimed in with the coughs and then it was just too much. What does an HR Department do?

We have the choice of ignoring someone’s allergy on a hunch and being sued for not making reasonable accommodations (ADA) or being sued for allowing a hostile work environment. All the while Cinderella kept her head down from embarrassment of the masks and chatter between the two about her. She was miserable at work.

Now did they break the law? No. But you can’t allow this to happen and how do you know who to believe? We told Drizella we would never expose her to something that she was allergic to knowingly. But, we couldn’t ask someone to switch shampoos endlessly until we found something that was suitable to Drizella. We insisted that she go to the allergist and be tested, at our cost of course. Bring in the report showing her allergies and we would be happy to accommodate her medical condition.
Much to our surprise (insert sarcasm here) she wasn’t allergic to anything and soon she was the one with her head down and that section of the kingdom has been quiet since.

Workplace Bullying is a tricky situation for everyone. Harassment is one type of illegal discrimination and is defined as offensive and unwelcome conduct, serious enough to adversely affect the terms and conditions of a person’s employment, which occurs because of the person’s protected class, and can be imputed to the employer.

Workplace bullying refers to repeated, unreasonable actions of individuals (or a group) directed towards an employee (or a group of employees), which are intended to intimidate, degrade, humiliate, or undermine; or which create a risk to the health or safety of the employee(s). Some bullying situations involve employees bullying their peers, rather than a supervisor bullying an employee. “The recent economic downturn, with layoffs and financial pressures on managers to perform may have exacerbated the bullying problem. Research conducted by Wayne Hochwarter and Samantha Englehardt at Florida State University concluded that “employer-employee relations are at one of the lowest points in
history,” with a significant decline in basic civility.” —Ray Willams

So what does the employee and the employer do to prevent this from happening? Employers have to be aware of their environment. Encourage open door policies. Realize this happens and it needs to be addressed immediately. Create a culture of zero-tolerance for bullying, harassment and retaliation. I’m gonna say it again, have a policy! They also need to listen to their employees and HEAR the difference between the complaining and serious concerns.

Employees need to be aware of situations they may be creating by alienating others in their departments. It may or may not be intentional. If being bullied, the employee should take notes on the situation and go to the Human Resource Department or their supervisor. If the bully is the supervisor, talk to someone above them. In this economy, people are feeling pressure and fear at work. These stressful situations have a trickle-down effect. Be aware of your environment.
If you work for an accountant, know the tone of the office is different on April 12 than it is on July 3. Act accordingly and stay out of the cross fire!

We teach our kids how to deal with bullies and cross our fingers. I hope this helps you deal with your bullies and maybe prevent some from working in your castle. I wish you all well in the Kingdom.

Hold on to your lunch money. And remember, Don’t Bite the Apple…Work is not a fairytale!

Once upon a time there was a boring HR person sitting in a back office filling out paperwork spouting sections from the handbook. I’m not that HR person. Work is a scary and sometimes funny place with lots of lessons to learn along the way. People don’t follow the rules, it’s HR’s job to steer them in the right direction. Unfortunately there are no apples with spells to make the bad employees fall asleep until we can recruit new ones. My Name is Denise Benages and I have been in the Human Resource field for over 16 years. I am president of HR Midwest, Inc. I plan on telling the epic lore of the workplace and help with solutions. Don't Bite the Apple...Work is not a fairy tale! www.dontbitetheapple.net www.hrmidwest.com
View all posts by evilqueenhr →
This entry was posted in Uncategorized. Bookmark the permalink.

2 Responses to Are There Bullies in your Kingdom?